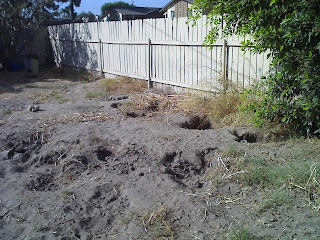 So this morning, I was up early awaiting the delivery of free dirt to my driveway. I asked for four yards of dirt, hoping to fill up all the crazy holes in the backyard.
These pictures do not do it justice. This pile of dirt is much much more than it seems in the pictures. If you compare it to the size of the lawn behind it, then maybe you just might get an idea of how big this pile really is. 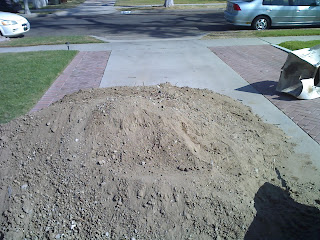 9AM, I start shoveling dirt 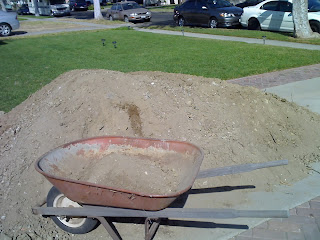 9:45pm, two hispanic men in a truck drives by as I was observing the monstrosity in front of me. The man in the passenger seat gets out of the car and walks up my driveway. He offers me their labor. I decline. He looks at me, then at the pile of dirt and said, “that’s a lot of dirt just for you.”

12pm, three hours later of muscle-aching labor, I shoveled and wheelbarrowed a quarter of the dirt into the backyard all by my lonesome

1pm, an extra pair of hands from the neighborhood offers to help, free of charge

3pm, we gave up for the day, with a third of the dirt left and half of the holes filled 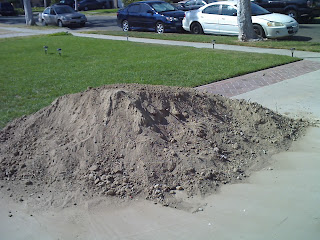 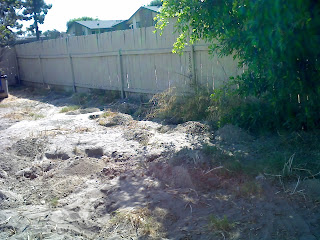 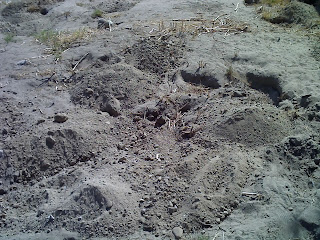 Scorching day at the beach and more 🍉 than we c