After shopping around for a stencil to use on our floor, I realized how expensive stencils can cost.  Especially for the really nice wall stencils.  Even though this whole process of moving has been a DIY challenge, it still takes me a while to consider the possibility of making something myself.  So after struggling to find a cost effective stencil that meets our need, it finally occurred to me that I can make my own stencil.

I picked out four of these plastic pocket folders I had lying around. 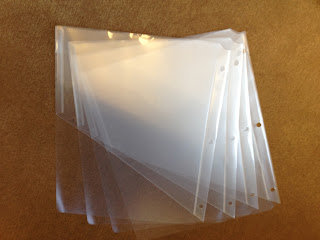 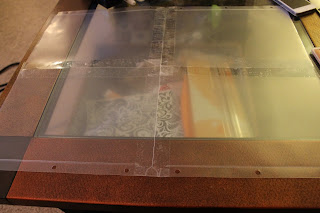 KT and I picked out a stencil we liked online.  I copied it over to Microsoft Word, did some cutting and scaling, and printed out four copies.  I lined up all four copies so that the edges will match up and taped it together. 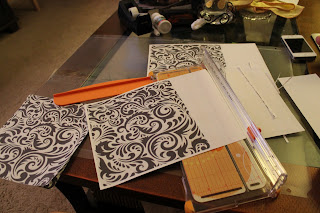 I taped the design securely under the plastic so I can trace the it with a sharper onto the plastic. 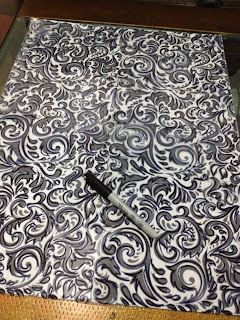 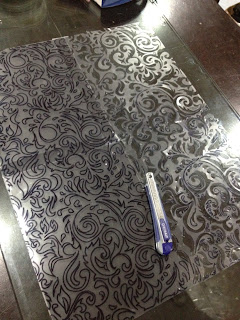